In 2006, I founded the digital music store, MusicFloss.com. Thousands of musicians called the platform home, and millions of fans streamed and purchased MP3s.  Here’s the brief story of how MusicFloss came to be. If you just want the tl;dr, head over to the highlights page.

What problem did you want to solve with MusicFloss?

To understand the problem I was trying to solve, it’s probably easiest to work backwards.  You’re likely familiar with Bandcamp, Kickstarter, and Patreon. These services, and thousands like them, give fans a direct way to support musicians financially.

However, in 2006, none of these existed. We were in the early days of bands and fans meeting each other online, and the infrastructure didn’t exist for artists to sell music directly. The music stores out there served more as middle men and took 30-60% commissions from artist sales. It felt like the magic of the internet hadn’t fully been realized.

So, in 2006, I founded MusicFloss.com. The platform would give fans a way to buy digital music directly from artists, and all their money would go directly into artists’ pockets.

How did that go?

Well, nowhere at first. I was a broke high school student with no technical background. I had no idea how to build a complex digital music store. One thing I had going for me was that I was deeply involved in the music community and ran a popular blog. So I made an open call for developers and posted a job on Craigslist.

I then hired the first person to contact me. That was not a smart decision and ended in a fiery crash.

Hey, I don’t go down that easily. There weren’t manuals at this time for how to do what I was trying to do, but I slowly started sucking less and less at building web products. I had to start over from scratch twice, but eventually got the hang of how to hire and communicate with developers and designers. I put an immense amount of effort into personally creating wireframe designs for each and every action that could be taken on the site. Like we’re talking 1000+ wireframes. 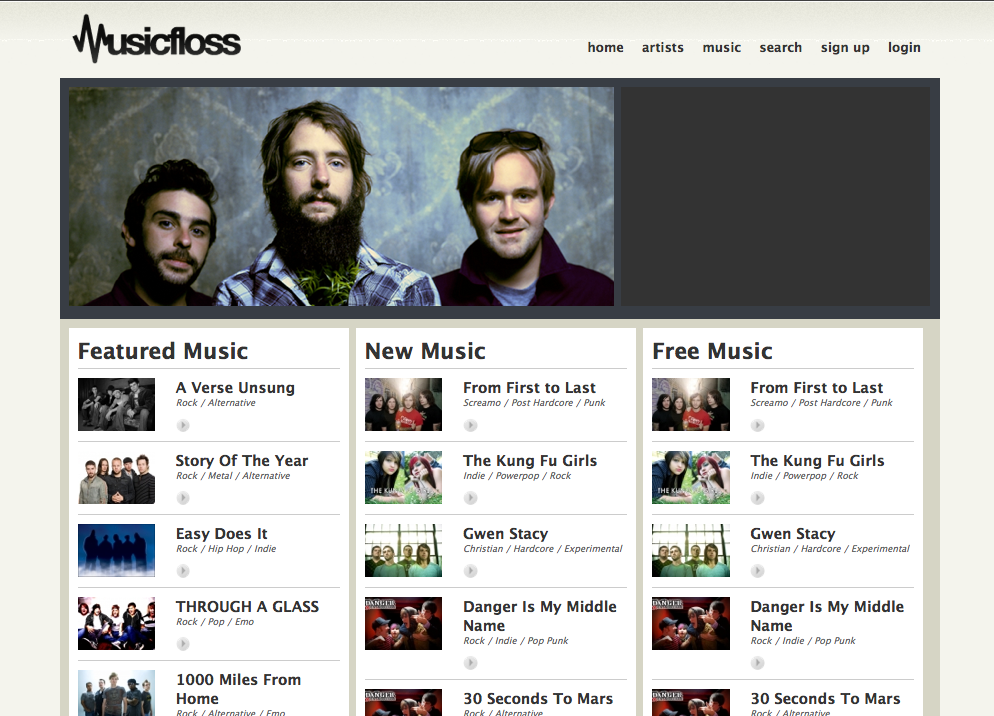 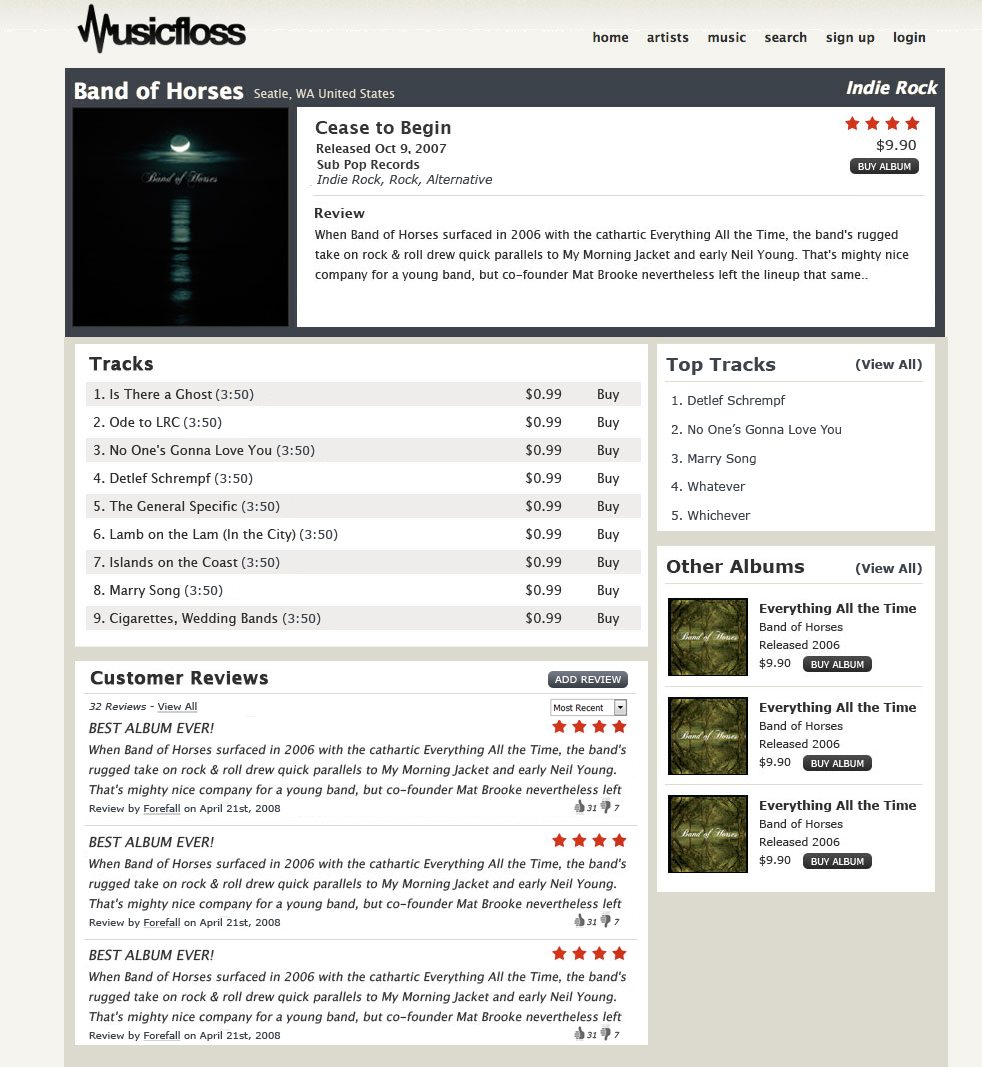 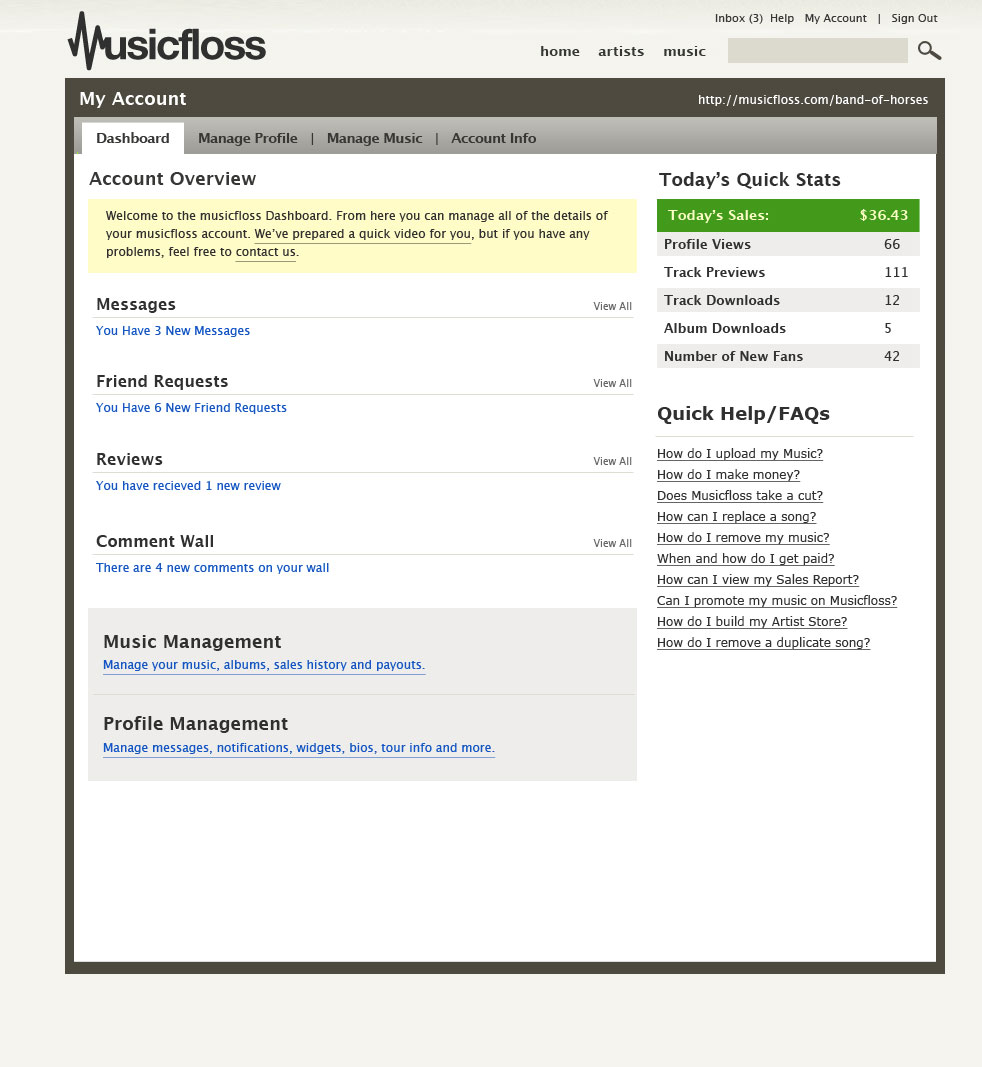 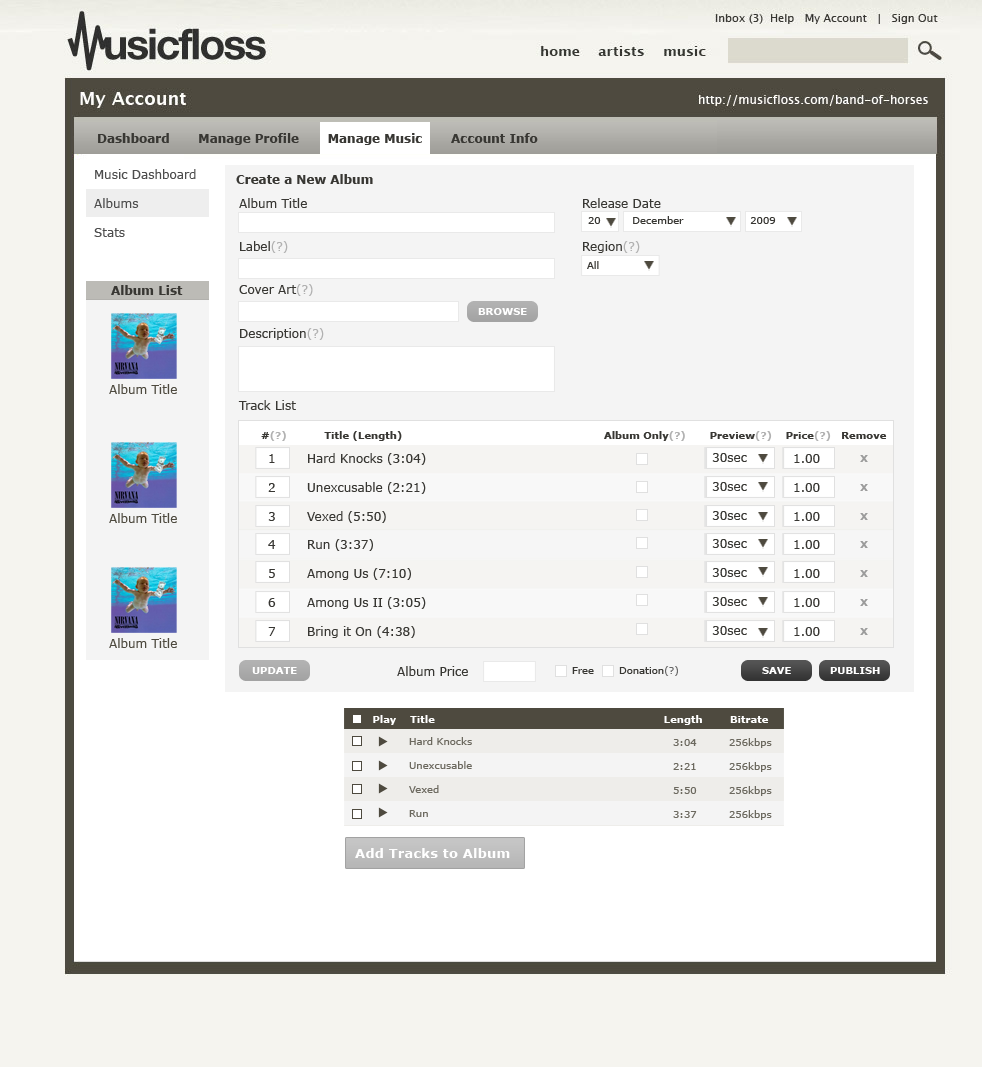 Wow, that’s an improvement! And then what happened?

I was so excited that I was getting better at building products that I got addicted to development. If only Lean Startup was published years earlier, perhaps I could have avoided going down that all too tempting rabbit hole.

This was also a unique time. MusicFloss was one of the very early platforms to use the Ruby on Rails framework, and believe it or not, there were actually more developers than interesting projects. Some of the best programmers out there, who were musicians and loved the mission, got involved with MusicFloss. This momentum was incredible, but also kept the development engine running way longer than it should have.

Both practically and philosophically, I always had wanted to find a partner for MusicFloss, but that was proving to be difficult in the college environment I was in.

Despite my shoestring budget, we were building robust products that rivaled venture funded, large team startups.

So then you launched?

Yep! I had my head so buried in the roles of designer, product manager, project manager, QA, recruiter, etc that it felt totally weird to now transition to sales, marketing, and customer support. It helped a lot that I founded a popular first generation music blog, and was already friends with hundreds of musicians and record labels. A lot of them took part in an invite only MusicFloss beta program. Some highly acclaimed independent artists got involved, and even sold exclusive music through the platform, such as grammy nominated, Pretty Lights. Millions of fans streamed and downloaded MP3s during the beta.

Okay, so it was a success then?

It depends how you define success. Don’t get me wrong, the platform was impressive, and getting tons of positive feedback. But there were some real problems that needed to be addressed. I had underestimated what would be required for this to be a sustainable operation. The plan was always to integrate paid features into MusicFloss to make it profitable, but I was running out of cash, and needed a more immediate revenue stream. I had thousands of musicians on waitlist to join MusicFloss, and was completely at capacity with what i could handle.

The startup Bandcamp.com emerged during this time with a fantastic team and product. I believed that they were better equipped to serve musicians at a large scale. I sent out an email to the artists on the waitlist letting them know the issues and recommended Bandcamp to them while I figured things out.

So after all that, you shut down? Wtf.

No, I was still very committed to MusicFloss and spent a lot of time thinking about financial sustainability. An idea that always interested me was helping musicians build their own dedicated websites by offering a “Squarespace for musicians” product. The Content Management System and e-commerce components were already built, and I decided to switch MusicFloss to a paid service that could be sustainable as a small business — all the current MusicFloss artists would be grandfathered in. I dove into development again for this new version and built a custom CSS theme editor for the front-end. Bands could now make beautiful sites without needing to code.

Right before launching, I started having symptoms of total burn out from non-stop working over six years. Despite making efforts for a more sustainable setup, I hit my limit. It was going to be a disservice to artists to launch this product. It was a super painful decision, but I shut down MusicFloss.

Looking back where I started in high school, it’s pretty crazy what MusicFloss evolved into. It wasn’t until later that I realized just how ridiculously ambitious it all was. I learned so much along the way, both personally and professionally. I’ve taken these lessons with me into life and other projects, and some of my core values now revolve around agile development, working with collaborators, and having a healthier work-life balance.